after the RORC Middle Sea Race 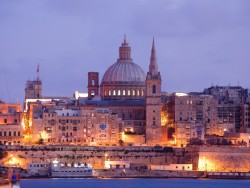 Valletta, The Fortress City, Citta’ Umilissima, “a city built by gentlemen for gentlemen” is Malta’s capital city: a living, working city, the administrative and commercial heart of the Islands. Valletta is named after its founder, the respected Grand Master of the Order of St. John, Jean Parisot de la Valette. The magnificent fortress city grew on the arid rock of Mount Sceberras peninsula, which rises steeply from two deep harbours, Marsamxett and Grand Harbour. Started in 1566, Valletta was completed, with its impressive bastions, forts and cathedral, in the astonishingly short time of 15 years, this is even more remarkable considering the fact that mechanical tools did not exist at the time and the whole city was built entirely by hand. 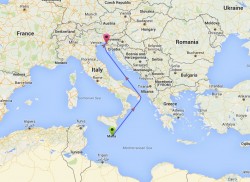 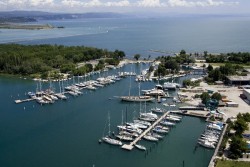 Monfalcone is a town and commune of the province of Gorizia in northern Italy, located on the coast of the Gulf of Trieste. Monfalcone means “Mount of Falcon” in Italian.
It is a major industrial centre for manufacturing ships, airplanes, textiles, chemicals and refined oil. It is the home of Fincantieri Cantieri Navali Italiani.
Monfalcone is the fifth most populated town in Friuli – Venezia Giulia and the main centre of Bisiacaria territory. Joined to it’s neighbourhoods it reaches about 50,000 inhabitants. The town lies between the Carso hills and the Adriatic Sea, being the northernmost port of the Mediterranean Sea.

We offer an extensive range of competitive Racing Yachts, for Inshore & Offshore Races, including RORC Races, plus Cruising & Mile Building, all over the world throughout the year.
Contact Us and tell us where and when you would like your adventure to begin!